So how is it that you left it all behind? That’s easy, because you CHOSE to. You decided to take a deep breath and just let it ALL go. When did you decide not to keep on hanging to all that futility? When it absolutely became of no use to you. When you realized it was just a fantasy. When you faced your fear of being alone and decided you matter. YOU MATTER DAMN IT!!!

A dream died but another one flourishes in its stead. Is there ever a replacement of dreams? Or is it a dream exchange; where you trade up for a better one?

She longed for him as a starved soul in a prison longs for the sun light and good nourishment. She ached deep in her bones for him and he remained aloof and detached. Did he ever care? She will never know. Diego never gave Lidia a chance because his heart was torn in so many places by so many people. It now resembled more of an atlas map that had been tossed into a paper shredder. He had no idea how to respond to the flames of an old love. Talking to her excited him to no end. But then he had to go home and face his tormentor and main humiliation. He had made his mistakes with Jo Anne and she had decided to make him relive them every single day. So he was a man tossed and kicked about by the winds of circumstance.

He really had no clue about what he wanted. He wanted Lidia. He longed for her and that’s why he pushed her away completely. He couldn’t bring himself to hurt the one woman he never pursued. To go after her was too late. Lidia was settled or so it seemed. She pleaded with him . She bent over backward for him and Diego still never believed that some one that good was meant for him.

What happened? How can two lovers lose their way so completely to where there is no getting back to where they began? Did they ever have a chance? Where they ever meant to be? There is a mystery in the way a man is with a maiden. Why did it work for others but not for Lidia and Diego? Why did the stars and the constellations never line up for them as they have done so for so many other couples in centuries gone by? Why are there so many lovers whose stars crossed but never align? And why keep asking why? The questions outnumber the answers as the grains of sand on a beach, far outnumber the people who sun bathe on them . How many people are out there spending their days with the wrong person? How many people never give love another chance simply because it didn’t work out with the one they thought was their one and only?

So it’s time to get going! Let go and trade up on your dreams. Yes it’s hard especially when you have to think and believe  differently. The old comforts and the new overwhelms. A vintage sweater is best worn with a pair of worn shoes; it keeps you warm and the shoes are familiar with where you’ve walked. But now that you toss them aside for a fresh sweater and new shoes, don’t forget the comfort you once drew from them. Embrace the unventured and wear it well. Be glad for what was and don’t weep for it anymore. Look in the mirror and smile because you are still standing. Enjoy this unchartered place and never long  for earlier times; they have a way of beckoning you to stay where you were. Fight the urge to go back to the old and familiar with all your might. 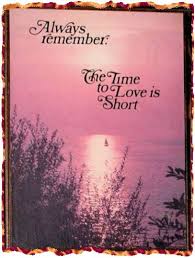