El no sabe que sentir. Does he feel relief? Yes and sadness that it has to be this way. Some anger comes and goes when Carlos remembers how much he cared; and for what? He cared because he is that way. He cares because someone has to. He cares because he has a living, breathing heart. But now Carlos knows not to care when someone has given up. Don’t care more than the other person. Is this right? He is not really sure. The thing is he is fresh out of answers. That’s right you heard it from the bird: No more answers to be found here.

All Carlos has now is a faith that guides him  uphill, on a path strewn with uncertainty. Every day he wakes up to the sun and it greets him with the same warmth he felt yesterday. Carlos goes to bed at night under the same twinkling stars and bright lit moon; knowing everything is going to be fine no matter what he chooses. He has wings now. Carlos can fly because he is not afraid to . All that holds him back now is himself and he is not going to let that happen. As long as Carlos is alive he will keep soaring higher and higher because the chicken coop is no place for an eagle like he. 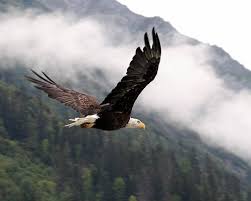 He did his best. Carlos knows deep inside, where it really counts, that he gave his all and that, he will never, ever regret. When Carlos chose his life he decided to make it worth his while. He never was one to complain because after all, everything that has come into his life was based on the decisions he made . Who can he blame for the bad decisions? NO ONE! No one is at fault here, not even Carlos because he learned to cut himself some slack and go easy on the boy who as it turns out, is not Super Man or Iron Man; He is HUMAN and that is all. Carlos
never said he knew everything. He just said he’d find out if he didn’t know.
Is Carlos’s world crashing down? Yes it is. He used to be afraid of that happening and that’s why he fought alone for so long. He tried to keep a team of wild horses from careening down that precipice and now that he let go of the reins , he finds it is amazingly easier to let go than he previously imagined. Now that they are crashing, Carlos finds relief and a bit of annoyance for not having done it sooner. 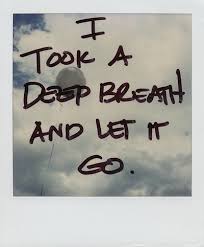