I saw this article today and I had to share it on my blog . When my 17-year-old daughter was born, I received some of the wackiest advice from some well-meaning people. I had to ignore most of it though and go with my gut instinct. I even had my uncle who is a doctor, give me a wall clock so that I could put my new-born on a nursing schedule right away. Because he said, “You let that baby know who is in charge right away or she’ll ruin your life.” WOW! How could my baby, my flesh and blood ruin my life?

So I defied all  the advice that came from others and I listened to my  instinct. This article about letting babies cry themselves into calm is fantastic. Back then I was 24 when I first had her.  People would tell me to just let her cry and I’d think, ‘ Ok, adults can self soothe but a baby can’t because they NEED someone there to help them LEARN to calm themselves.’ It was THAT apparent to me. So I asked my husband one day if he thought it right to let a baby cry and cry until they “get over it”. His response was simple,” When you’re upset and you come to me and ask me to comfort you, what would happen if I ignored you or told you to get over it? You’d be more upset right?” Bingo! So I never listened to anyone’s comments, I followed my instinct and soon I realized moms and dads DO know best when it comes to their kids! 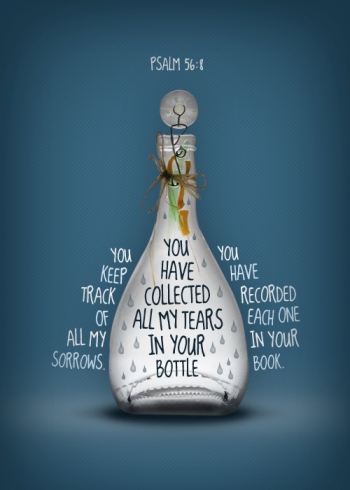 Dangers of “Crying It Out”

Damaging children and their relationships for the longterm.
Published on December 11, 2011 by Darcia Narvaez, Ph.D. in Moral Landscapes

Letting babies “cry it out” is an idea that has been around since at least the 1880s when the field of medicine was in a hullaballoo about germs and transmitting infection and so took to the notion that babies should rarely be touched (see Blum, 2002, for a great review of this time period and attitudes towards childrearing).

In the 20th century, behaviorist John Watson, interested in making psychology a hard science, took up the crusade against affection as president of the American Psychological Association. He applied the mechanistic paradigm of behaviorism to child rearing, warning about the dangers of too much mother love. The 20th century was the time when “men of science” were assumed to know better than mothers, grandmothers and families about how to raise a child. Too much kindness to a baby would result in a whiney, dependent, failed human being. Funny how “the experts” got away with this with no evidence to back it up! Instead there is evidence all around (then and now) showing the opposite to be true.

A governmet pamphlet from the time recommended that “mothering meant holding the baby quietly, in tranquility-inducing positions” and that “the mother should stop immediately if her arms feel tired” because “the baby is never to inconvenience the adult.”  Babies older than six months “should be taught to sit silently in the crib; otherwise, he might need to be constantly watched and entertained by the mother, a serious waste of time.” (See Blum, 2002.)

Don’t these attitudes sound familiar? A parent reported to me recently that he was encouraged to let his baby cry herself to sleep so he “could get his life back.”

With neuroscience, we can confirm what our ancestors took for granted—that letting babies cry is a practice that damages children and their relational capacities in many ways for the long term. We know now that letting babies cry is a good way to make a less intelligent, less healthy but more anxious, uncooperative and alienated person who can pass the same or worse traits on to the next generation.

The discredited behaviorist view sees the baby as an interloper into the life of the parents, an intrusion who must be controlled by various means so the adults can live their lives without too much bother. Perhaps we can excuse this attitude and ignorance because at the time, extended families were being broken up and new parents had to figure out how to deal with babies on their own, an unnatural condition for humanity–we have heretofore raised children in extended families. The parents always shared care with multiple adult relatives.

According to a behaviorist view completely ignorant of human development, the child ‘has to be taught to be independent.’ We can confirm now that forcing “independence” on a baby leads to greater dependence. Instead, giving babies what they need leads to greater independence later. In anthropological reports of small-band hunter-gatherers, parents took care of every need of babies and young children. Toddlers felt confident enough (and so did their parents) to walk into the bush on their own (see Hunter-Gatherer Childhoods, edited by Hewlett & Lamb, 2005).

Ignorant behaviorists then and now encourage parents to condition the baby to expect needs NOT to be met on demand, whether feeding or comforting.  It’s assumed that the adults should ‘be in charge’ of the relationship.  Certainly this might foster a child that doesn’t ask for as much help and attention (withdrawing into depression and going into stasis or even wasting away) but it is more likely to foster a whiney, unhappy, aggressive and/or demanding child, one who has learned that one must scream to get needs met. A deep sense of insecurity is likely to stay with them the rest of life.

The fact is that caregivers who habitually respond to the needs of the baby before the baby gets distressed, preventing crying, are more likely to have children who are independent than the opposite (Stein & Newcomb, 1994). Soothing care is best from the outset. Once patterns get established, it’s much harder to change them.

We should understand the mother and child as a mutually responsive dyad. They are a symbiotic unit that make each other healthier and happier in mutual responsiveness. This expands to other caregivers too.

One strangely popular notion still around today is to let babies ‘cry it out’ when they are left alone, isolated in cribs or other devices.  This comes from a misunderstanding of child and brain development.

What does ‘crying it out’ actually do to the baby and to the dyad?

Neurons die. When the baby is stressed, the toxic hormone cortisol is released. It’s a neuron killer. A full-term baby (40-42 weeks), with only 25% of its brain developed, is undergoing rapid brain growth. The brain grows on average three times as large by the end of the first year (and head size growth in the first year is a sign of intelligence, Gale et al., 2006). Who knows what neurons are not being connected or being wiped out during times of extreme stress? What deficits might show up years later from such regular distressful experience?

Disordered stress reactivity can be established as a pattern for life not only in the brain with the stress response system, but also in the body through the vagus nerve, a nerve that affects functioning in multiple systems (e.g., digestion). For example, prolonged distress in early life, resulting in a poorly functioning vagus nerve, is related disorders as irritable bowel syndrome (Stam et al, 1997). See more about how early stress is toxic for lifelong health from the recent Harvard report, The Foundations of Lifelong Health are Built in Early Childhood).

Self-regulation is undermined. The baby is absolutely dependent on caregivers for learning how to self-regulate. Responsive care—meeting the baby’s needs before he gets distressed—tunes the body and brain up for calmness. When a baby gets scared and a parent holds and comforts him, the baby builds expectations for soothing, which get integrated into the ability to self comfort. Babies don’t self-comfort in isolation. If they are left to cry alone, they learn to shut down in face of extensive distress-stop growing, stop feeling, stop trusting (Henry & Wang, 1998).

Trust is undermined. As Erik Erikson pointed out, the first year of life is a sensitive period for establishing a sense of trust in the world, the world of caregiver and the world of self.  When a baby’s needs are met without distress, the child learns that the world is a trustworthy place, that relationships are supportive, and that the self is a positive entity that can get its needs met. When a baby’s needs are dismissed or ignored, the child develops a sense of mistrust of relationships and the world. And self-confidence is undermined. The child may spend a lifetime trying to fill the inner emptiness.

Caregiver sensitivity may be harmed. A caregiver who learns to ignore baby crying, will likely learn to ignore the more subtle signaling of the child’s needs. Second-guessing intuitions to stop child distress, the adult practices and increasingly learns to “harden the heart.” The reciprocity between caregiver and babu is broken by the adult, but cannot be repaired by the young child. The baby is helpless.