We’re all living one breath away from :
Tragedy and promise of love
Hatred and love divine
Darkness and light
Defeat and victory 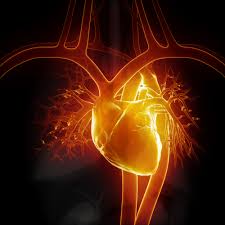 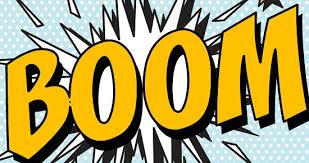 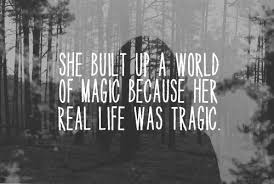 I read this message I’m posting by Tyler Perry this morning and  it’s what I needed today. So I’m sharing it with you in hopes it’ll give you a great start to a good week-end. Happy Friday all 🙂

During these 7 years I have learned to manage living with kidney failure. I’ve lost count of all the tests , x-rays, biopsies,cat-scans, blood transfusions I have had to under go. I can’t remember the last time I ever felt healthy; was I ever healthy before this?

There was a time before the doctors diagnosed me with kidney failure , where I had to be isolated for 3 days. I was somewhere between 8 or 9 years old. They used radiation in order to turn out my thyroid. To be honest I really don’t quite understand what any of it meant, all I know is I went through that and I knew even back then that God was with me.

I can remember once I was hospitalized and my dad was sitting with me playing chess. The nurses were changing their shifts and my dad had to leave; but before he did, he went to use the restroom. I climbed out of my bed and instantly my head felt like a balloon about to float away. I walked toward my dad and in a weak voice I told him I was light headed. He had great timing because he quickly spun around and caught me on my way down before I had the chance to bang my head on the toilet.

I had never seen my dad so scared; he’s a man that can take just about anything too. As I lay on the cold tile flooring I could hear him yelling at the nurses; it all sounded muffled and far away ;which is where I wished I could be; far away from this whole situation.Finally a nurse came and put me back in bed and then she realized I needed more blood so she ordered me a blood transfusion.

In 2010 I went through something that I never would have expected . I was home and I felt a new, strange pain in my chest. Thankfully my parents were close by and they rushed me into my dad’s white pick-up truck. As the minutes flew by I became numb; I felt rubbery from the top of my head to the tips of my toes. I tell ya Gumby

had nothing on me! At the entrance to the hospital, I tried to step out of the truck and my legs felt like the tendrils of a jelly fish;

they gave out too. My dad was right there and caught me just in time again.

My dad threw me over his left shoulder  and he took off in a mad dash toward the ER.  If it had been a football game, he would have made a touchdown! I could hear him bellowing at the top of his lungs for help. I could count at least 7 nurses rushing to my gurney; everyone was talking so fast it made my head spin. All their words rushed at me with  such speed and intensity;

I pictured my mind a highway running wild with bits and pieces of conversations and nothing made sense. After a little while though I was able to make out what was being said; because my potassium levels were sky high, I was in the early stages of a heart attack.

God’s grace and His favor saw me through what I now consider to be one of the scariest moments of my life. It sounds crazy; I’m a teen and I had just come very close to having had a heart attack. The next day it felt like God had given me a miracle, especially when I rose up out of my bed and I was walking around feeling way better than the day before. I still recall the amazed looks on those nurses; I think I was as surprised as they were.

In my next post I will tell you how JR has struggled with some other difficult issues that are all side effects of his condition.

Light in the Dark
Your glorious presence
exposed my dark heart.
I shrunk back in shame:
You said, “No! No! Ben aqui.
“Come closer my sweet child,
I bear the burdens
of those who are meek and mild.
Go, I forgive you!
When you have a heart for Me;
I cover you with My pinions.
If you stumble I understand;
always holding your hand-
always quick to forgive.
All my angels at my command,
I send them to encamp around you.”
-Eva Santiago Copyright 2011
Tags: …