Day 18 Question # 18: What is the earliest lesson you can remember learning as a child that you have followed throughout your life?

Answer: I just had a talk with my kids about embracing their Latin roots and  my answer comes from this talk. I was explaining to my kids that I love the Latin culture because we always seem to find the positive in the negative. That way of thinking permeates everything including our music. One day when my second daughter was younger I was listening to a ” EL NIAGARA EN BICICLETA“, a merengue by Dominican born star Juan Luis Guerra. She asked me to translate the words for her and when I did she was amazed and she said, ” Wow! Such happy music but the words are so sad.” I told her that our Latin music is a lot like that because we stay joyful even when things aren’t all that hot.

When I was in the 4th grade Sister Mary Valentine, my teacher was reading to us about some of the miracles of Jesus. One day she read to us how Jesus healed 10 lepers and out of the 10 only one came back to thank Him for his miracle.

I remember thinking.’ WOW! I want to be like that guy! I want to say thank you all the time.’ And that’s what I’ve done my whole life. I go out of my way to say thank you to God, family, even the cashier at the grocery store who rang up my groceries.

I believe that when you have a thankful attitude, it shows up in all you do. That is what I wanted to impress upon my kids the other day regarding their Latin roots. Latin music is happy because no matter what the lyrics say, no matter what you’re going through in life, we always find something to be thankful for and we sing and dance about it! 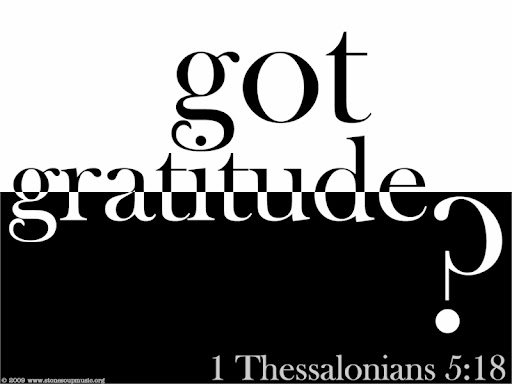 This is another song I remember from my childhood; Juan Luis Guerra‘s “Ojal Que Llueva Cafe”. This song evokes a strong sentiment in me for my days growing up in Colombia. I love this man’s voice because it reminds me of my own papi’s voice. I told my sister that one time; when she came to visit me several years ago and she couldn’t believe I would remember his voice, since I was younger than she was when we lost him. Well, Papi where ever you are, I dedicate this song to you!!

When I was six years old I was living in Colombia.My parents had passed away and I was living in the home of a family that was assisting me in acquiring the proper papers so that I could come to the Unites States legally. The lady of the house had grown up children who attended college. They enjoyed listening to American rock and roll music on a short wave radio that transmitted from a station in the U.S. The first American song I ever heard was Simon and Garfunkle‘s,”The Sounds of Silence“. I didn’t know any English so the words didn’t mean much to me. The haunting melody of the song grabbed my attention because it served to comfort me,reminding me that I wasn’t suffering alone.Just the other day,I heard that song again,and it took me back to that time when I first heard it. I could even picture exactly what I was doing that day. The family was re-upholstering some chairs in a luxurious red brocade tapestry . I even remember running my small fingers along the ornate design of the fabric to the sound of the music as I tried to sing along.

Another song that evokes some strong sentimental attachment is Bruce Springteen’s “Brilliant Disguise“. That song came out right when I graduated from high school in 1987. I had just left my uncle’s house and was trying to start life on my own. I had moved in with my eldest sister and I felt completely alone. The first time I heard that song on the radio, I was riding in my sister’s drab blue Camaro on my way to work. I was wondering what I was going to do with the rest of my life. Living at my uncle’s house I had been forced to live in a box of his mindsets and ideas. I never was given the opportunity to voice my own opinion and the few times that I attempted to,I was shot down immediately. So I never really thought I had anything important to say,much less to offer anyone. For the ten years that I lived under this man’s roof, I donned a brilliant disguise in order to fit in. I was forced to put away for a season , the person God designed me to be,in order to survive life at my uncle’s.
One of the lines reads;”Now look at me baby,struggling to do everything right, and then it all falls apart when out go the lights.” This made me see back then, after I left home,that no matter what I did I would never succeed at pleasing my uncle. So this song helped me to face the real me,whom I had put on a shelf for a decade,discard the disguise that had fooled a lot of people and embrace the person I was created to be. I’ve recently been

listening to this sort of personal anthem, and it brings me great satisfaction to see the personal growth I’ve done in the twenty years of the song’s release. Mr. Springsteen,thank you so much for that inspiring song that has become ingrained in the grooves of my soul!

Music is immensely integrated in our lives. My husband and I encourage our four children to listen to many types of music genres. They all play an assortment of musical instruments. In order to play great music you have to first be exposed to great music. I see much of today’s young people becoming narrow minded especially when it comes to music. I have a young friend who only wants to listen to rap music,that’s where its at for him. My children on the other hand find his point of view rather dull and uninspired. I thank God that my uncle exposed me to a vast array of classical music, because I am doing the same with my children.

When I listen to Latin music,I reconnect with my roots at a deep level. Juan Luis Guerra, the Dominican born singer and song writer stirs me the most. One day not too long ago,I was dancing to my favorite song, “Ojala Que LLueva Cafe” and I was mesmerized. I have adored the sound of this man’s voice; it is soothing and comforting. I have often wondered if perhaps his voice reminds me of my papa’s voice. Often,when I hear this particular piece , I feel reconnected to my father.I lost him when I was four years old and the only memories I have of him usually come back to my remembrance when I hear this tune.
God,thank you for giving us the gift of beautiful music.We can worship God in so many ways,but when we run out of words,music is there to bridge that gap between our limited earthly realm and that of God’s Kingdom.
Eva Santiago Copyright 2011