She speaks and the world listens.
With soothing words on her tongue, she can calm the storm in another’s soul. Her eyes will caress you and hold you. You feel the fire in her soul. Her heart beats to the sound of an unheard drum. Only she can hear that beat and she doesn’t care that others don’t. Her hands create life and restore what was lost. Her touch is gentle yet firm and your heart melts when she embraces you. Her lips tell the truth and if they ever dare to breathe a lie it’s because she learned from Rahab that at times people are more accepting of deception than the truth that would set them free.

She’s been hurt. Her heart crushed to fine powder; almost beyond recognition. But her fortitude lies in the fact that she gave her demolished heart to her God and left it in His hands trusting Him to do what He needed to restore it. But God surprised her completely by giving her a new heart all together. Not because He couldn’t fix the old one. He restored to her a better heart than what she had- taking the good from the one she had and putting it in the new vessel He gave her.

Sweetness and depth, this is all of woman; this is Heaven.”
― Victor Hugo, Les Misérables

This woman walks with her head held high because she knows the worst is over. She has tread in places that would have driven someone else completely insane. She has suffered but never in vain because she always took the good from the bad. She was given a gift to discern even the slightest hint of light in pitch dark places. No matter what she’s been through, she’s been able to find the dynamic in the demonic. She can see greatness in the smallest of things. What others will dismiss as trivial and mundane, she can find the unique and special in. The people society throws away are the ones she’s drawn to because she too knows what it was like to be discarded at an early age. 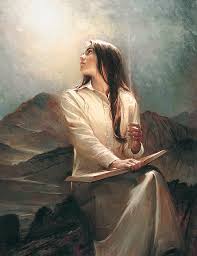 Gratitude Has No Expiration Date

The famine that besieged Egypt and the rest of the world had come to an end. Joseph, along with the entire generation, had all passed away. And:

“A new king arose over Egypt, who did not know of Joseph.”(Exodus 1:8)

Is it really possible that anyone – let alone a king – would be unaware of all that Joseph had done for the country? How could anyone in Egypt ever forget the vital role he played its survival? Joseph, as second in command and sole architect of making Egypt the richest country on Earth, should have been immortalized for eternity. It defies logic that anyone could forget the one person who single-handedly saved Egypt and the entire world from famine.

Joseph wasn’t forgotten in the sense that no one “remembered” him. Rather, the significance of his life-saving contributions had simply faded from everyone’s memory.

Joseph’s insights and acumen clearly saved the lives of every man, women, and child. But as soon as the necessity of his contributions were no longer needed, then the appreciation for Joseph ceased as well. When the pain of Egypt’s experience ended, so did their memory of Joseph.

During the massive famine that spread throughout the entire world, Joseph was at the center of it all. Every country was dependent upon Egypt for their survival. But when the famine ended, then Joseph’s help was no longer valuable or even needed. And, over time, the mental leap that someone makes from when a person‘s contributions are no longer needed and the memory of when they were so desperately needed becomes smaller and smaller. And after an entire generation passed away, the people in Egypt simply did not know of Joseph.

Difficult to imagine? It actually occurs in our own lives all the time. Think about it. There are people who have helped you enormously in the past in one way or another. And when they gave you their assistance – whatever it might have been – you certainly expressed your gratitude. But as time went on, it’s just not natural to continue to shower the person with appreciation and gratitude.

But this doesn’t mean that you can’t let them know “out of the blue” once again just how much you appreciate what they did for you. Saying “thank you” to the person long after they’ve given you their help, is such a beautiful and selfless way to live. And the recipient will appreciate it beyond words.