Expect the Unexpected from Me!

One of my daughters just turned 16 this week-end and to celebrate her day we had a costume party. I am one who doesn’t like to be put in a box. Weeks before her party we were brain storming for costume ideas. Eventually everybody decided on theirs and I still hadn’t quite decided who to dress up as. Then one night my son suggested I dress up as Slash since I already have hair like his. I laughed out loud at the outlandish suggestion and then I said to myself, ‘Why not??’ So that’s what I did and I had a blast. Saturday as I got ready for the party I was glad to have the chance to not wear any make up , wear my hair in its natural state-I didn’t use any of the hair products I normally do to relax hair as curly as mine and look as unattractive as possible. THAT, was so freeing and I dare say I enjoyed hiding behind the big hair and dark sunglasses. I also went as far as wearing fake tattoos only to find out that you really don’t need to get real ones when fake ones don’t come off too easily 🙂

So this week I dare you to do something so totally unexpected that you catch yourself by surprise..try it, it’s liberating! 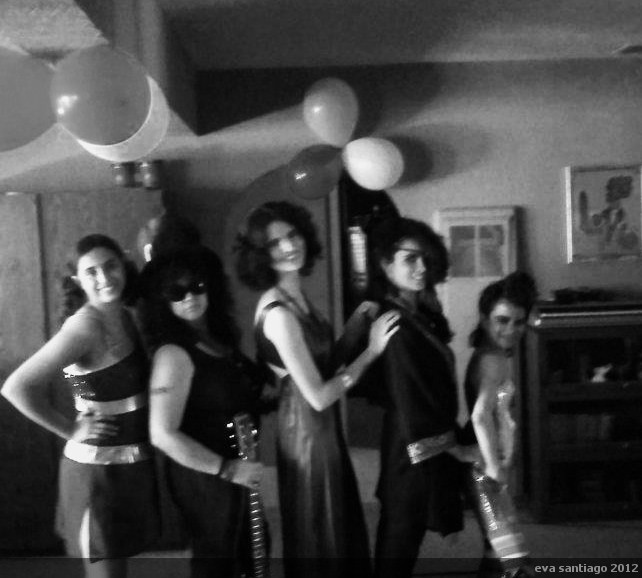